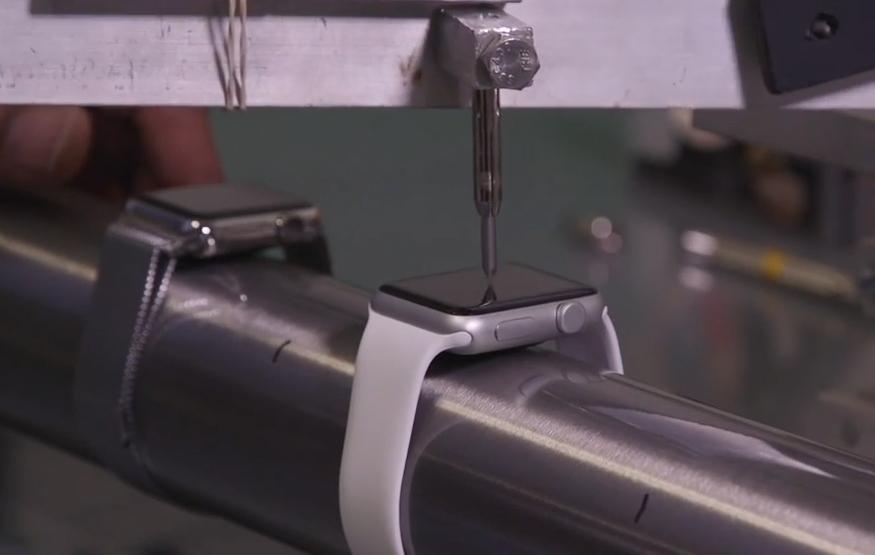 The Apple Watch has only been in customers’ hands for a few days, but unsurprisingly it’s already been subject to a variety of torture tests designed to determine just how tough the new wearable is.

In marketing the watches Apple has made the device’s durability a key focus, touting the benefits of the materials used in their construction on the company’s website.

The entry-level Sport model features an aluminium body that Apple claims is "60 per cent stronger than most aluminium" and an Ion-X glass screen, described by Apple as being "five times stronger than regular glass".

The Apple Watch has a stainless steel body, cold forged to make it "up to 80 percent harder" while the Edition model is made from a custom gold alloy that’s "up to twice as hard as standard gold".

So how does the price new smartwatch fare under the rigors of real world testing?

Smartphone-centric publication FoneFox performed a number of durability tests on the Apple Watch Sport. It found that the device appeared to be no worse for the wear after a hot shower and fifteen minutes submerged in a pool. The Watch was also subjected to a scratch test which found that a knife was unable to damage the screen of the device, but sandpaper left it marked with heavy scratches. A few blows from a hammer managed to shatter the screen.

CNET also tested the Apple Watch Sport with similar results. In addition, the device survived a red wine and maple syrup dousing unscathed. Submersion in boiling water for a few seconds caused the Apple Watch to issue a high temperature warning followed by a reboot.

Consumer Reports in the U.S. took a more scientific approach with their testing, using a variety of metal picks (rated on the Mohs hardness scale) to determine the wearables' scratch resistance.

The publication found that it took a pick with a rating of eight – equivalent hardness to a masonry drill bit – to scratch the Ion-X Glass of the Sport model. It was unable to scratch the sapphire display of the regular Apple Watch, even with a pick rated at nine on the Mohs scale. A rating of nine is the second highest level of hardness on the Mohs scale, one step below a diamon.

Consumer Reports also found that both models of the Watch appeared to function normally after being submerged in three feet of water for 30 minutes. The Apple Watch Edition was not tested.