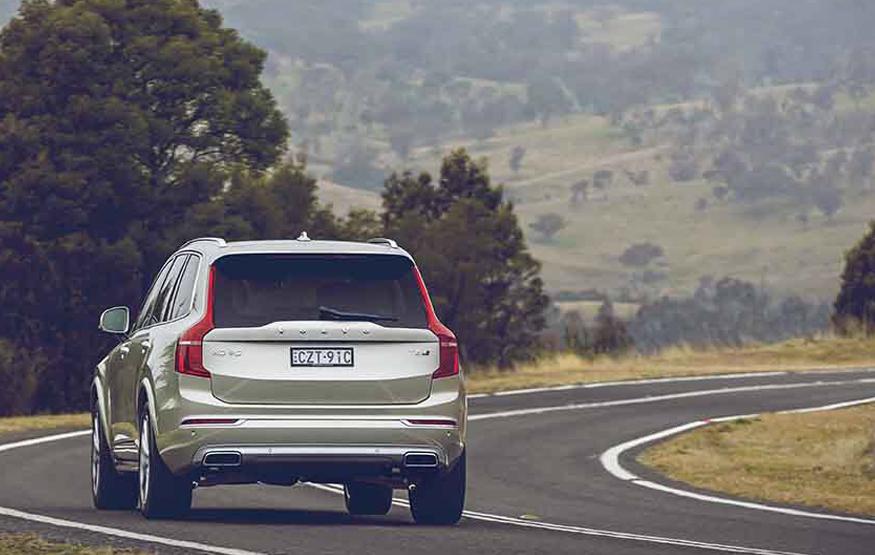 Volvo's new XC90 will be one of the first self-driving cars to hit Australian roads, but you can't take your hands on the wheel just yet; local laws mean the XC90 still needs a driver, and this is likely to be the case for the foreseeable future.

While the XC90 can't quite chauffeur you around (while you presumably sip on a martini in the backseat) yet, the added smarts offer a safer, smarter driving experience for the meantime. According to Kevin McCann, Volvo Australia's Managing Director, the new XC90 is smart enough to access and react to a situation before the driver, and features like automatic braking have the potential to save lives.

CyberShack: The new XC90 has been called one of the world's safest cars, is this because of what you've built the car from, or is it the new technology behind it?

There's also lot of technology in the car that allows the car to read situations and adapt to them faster that a human driver can. I give you for example our run-off-road technology; if the new XC90 senses that the car is running off the road, it automatically tightens seatbelts so the passengers are much more contained in their seats. Equally, the seats are specially designed so they absorb much more pressure from a 360 degree angle; the impact is reduced to a much higher degree, which reduces the chance of injury.

CyberShack: Do these safety features mean you run the risk of drivers becoming complacent and letting the car do more of the work?

Kevin: I still think drivers have a responsibility to be vigilant and pay attention to what's going on around them. For example with a feature we call autobrake, if the car senses you're going to turn right at an intersection but there's something coming at you from the other way, it will react more quickly than you so it will stop itself immediately.  Equally, if a cyclist is coming from your blind spot, it recognises the danger is there to both you and the cyclist, and it will brake immediately to avoid a collision. The new XC90 is a car that's aware of other users on the road as well.

CyberShack: The XC90 will be the first car used to demonstrate self-driving technology on Australian roads in November this year. Does this meant the car is smart enough to drive itself, without any human intervention?

Kevin: Yes it is, but legally it can't. The law says a vehicle must have a driver, and the driver must be in control of the vehicle at all times. While we can build vehicles that can be driverless, we have to put features that require the owner to drive. It's a matter of locking away the features that make it completely driverless.

But yes, it is absolutely possible and the car is equipped for autonomous driving. That's what the trials in November are about, it's part of a special event sponsored by the South Australian government and we have special permission to unlock those features and show the car driving in an autonomous environment.

CyberShack: If we bought the new XC90 now, and the laws changed in five years, could we that lock removed?

Kevin: That's technically possible, the only change that has to be made is a software update. How we address that commercially is a decision that's yet to be made.

CyberShack: There was a recent story about a Jeep that got hacked and run off the road. As a manufacturer, how do you ensure this doesn't happen?

Kevin: We have a lot of people and resources tied up in the continuing updates of security. Anyone who's working in the cloud as they call it is at risk of external intervention, and it's our job to make sure we continue to invest and develop protection that protects any external communications or connections from intervention.

We don't usually comment on what happens to other brands, but the example that you mentioned wasn't a random hack, that was a staged hack to prove that it technically could be done. Everyone's taken a keen interest in that, but we're very confident that our systems and our protocols wouldn't have allowed that to happen in our car.