A trial by fire: Hands on with Dark Souls III 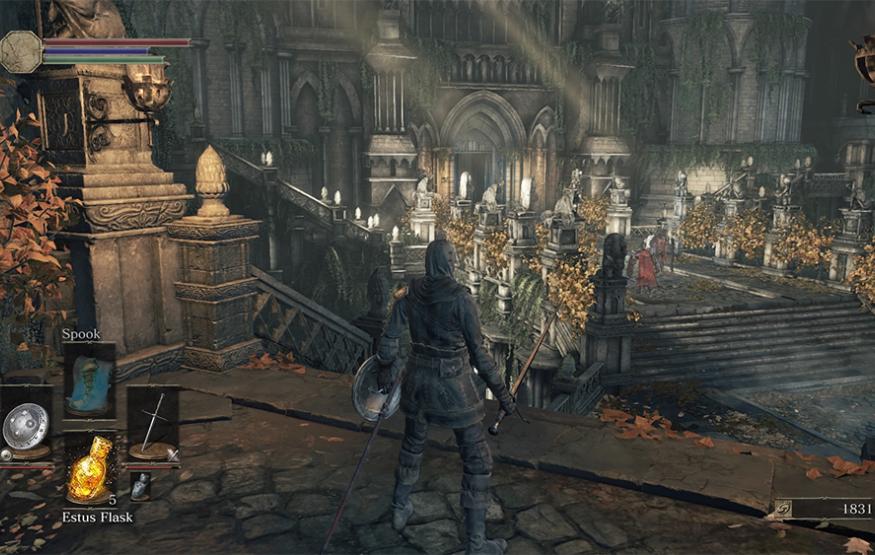 The other major mechanical change is the addition of a dedicated magic stat, dubbed FP. In past titles, spells had a limited number of uses. In Dark Souls III, magic use is governed by how much FP you've got left. A separate Estus Flask is used to restore this throughout levels. When you start the game, you have four Estus "charges", which can be divided between the flask that restores your health, and the flask that restores your magic. While I didn't really get to experience the full impact of this, this seems like it will allow for even greater character customisation.

But despite a larger scope and a couple of refinements, Dark Souls III doesn't necessarily feel new. It might simply be a case of me not having spent enough time with the game yet, but Dark Souls III gives off an iterative vibe. Considering the Souls formula is now a well-oiled machine, this isn't exactly surprising. Change too much, and you'll alienate fans. Don't change anything, you'll get criticised for rereleasing a game from two years ago. It's been long enough between titles that I'm excited either way, but I hope Dark Souls III is able to carve out its own identity, rather than just offering a bigger, badder version of what we've seen before.