6 videogames to look out for in October 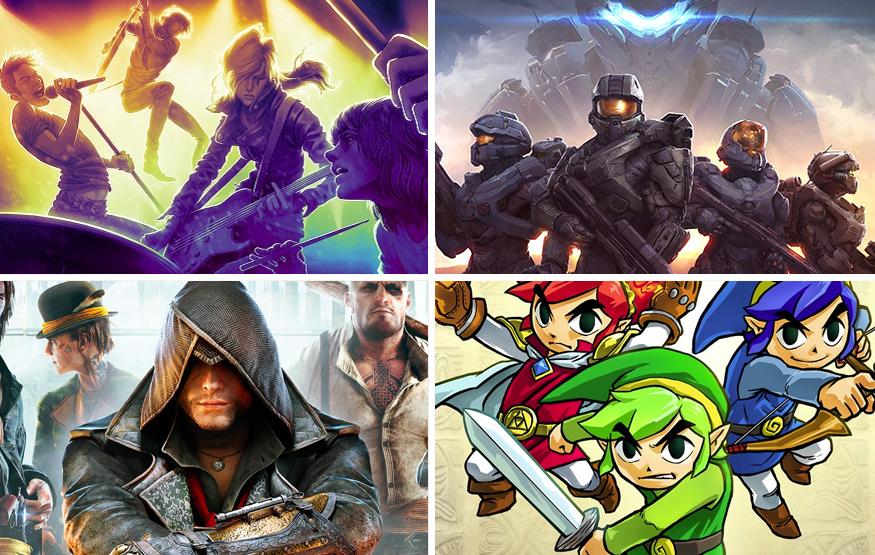 This October, plastic guitar games are back from the dead, and Halo 5 and Assassin's Creed Syndicate kick off the blockbuster season. How exciting!

The Nathan Drake Collection contains the first three Uncharted titles remastered for PlayStation 4. All three games were critically acclaimed, and will now feature an even tougher difficulty mode dubbed "Brutal". As a bonus, gamers who pick up The Nathan Drake Collection will receive access to the Uncharted 4 multiplayer beta when it becomes available.

Rock Band 4 sees the popular plastic instrument based franchised revived for next-generation consoles, allowing gamers to again rock out with guitar, drum and microphone controllers. Certain Xbox 360 and PlayStation 3 controllers will be able to be used on their respective successors, and developer Harmonix is planning to allow owners of existing Rock Band downloadable content to use it in Rock Band 4 at no extra cost. Not all content will be available at launch.

I, for one, am ready to throw the goat while wailing on a plastic guitar. \m/

Rock Band 4 isn't the only plastic rock revival we'll be seeing this month – Guitar Hero is also back from the dead. While Rock Band is committed to letting gamers reuse their existing kit, Guitar Hero returns from the grave with an all new plastic guitar. This time around, it features two rows of six buttons. This is designed to better simulate the idea of multiple strings, as well as make the game more accessible to beginners.

The soundtrack includes Mastodon, Royal Blood, Rage Against the Machine, and Deftones, all of which are music to my ears.

Another year, another Assassin's Creed. This instalment takes the franchise to Victorian London, and is the first time players will be able to switch between two different protagonists. London in Syndicate is said to be 30% larger than Paris in Unity, and features such as a multiplayer mode and companion app have been eschewed this time around.

While Assassin's Creed Syndicate is launching on consoles later this month, the Windows version won't be available to November 19.

Tri Force Heroes is the very first Zelda title to support co-operative online play. Up to three players take the role of (a different coloured) Link and have to work together to solve complex puzzles and take down brutish bosses. If you don't have friends, don't want to play with strangers, or just prefer flying solo, Tri Force Heroes also has a single player mode where one person can alternate between all three Links.

All eyes are on Microsoft for Guardians', Halo's next generation debut. Halo 5 features an all new campaign featuring both Master Chief and a rival Spartan hunting him down, and new multiplayer modes supporting up to 24 players.

While Halo 5's campaign supports up to four player co-operative gameplay, all local-based split-screen modes have been removed in a somewhat controversial move. Halo 5 executive producer Josh Holmes said split-screen's removable was a tough decision, but necessary to deliver the best possible experience.