6 video games to look out for in November 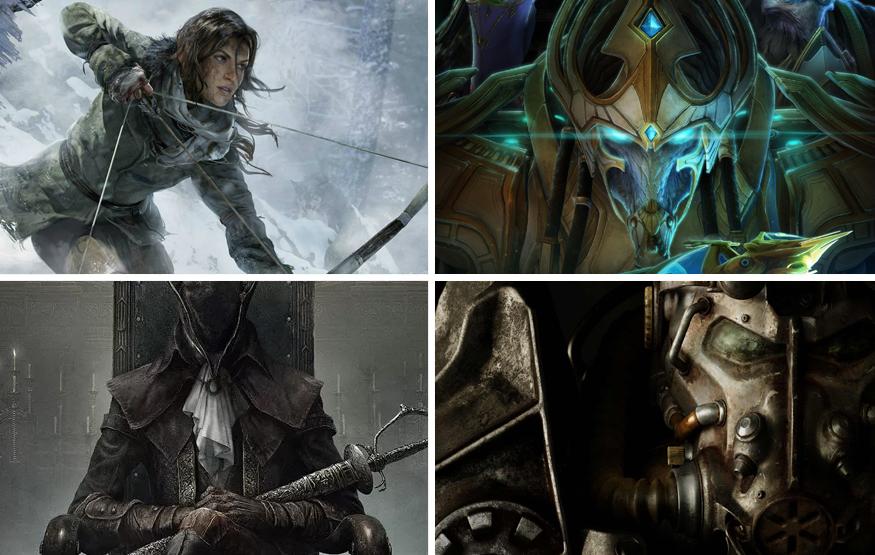 We're again spoiled for choice in the lead up to Christmas. There's a lot of big titles coming out this month, some that we've been waiting years for. The only problem is if you want them all.

Another November, another Call of Duty. There's no Kevin Spacey this time around, but Black Ops III's calling card is a co-operative campaign designed for four players, and you’ve got the return of everyone's favourite Zombies mode as a bonus.

Note: The Xbox 360 and PlayStation 3 versions of Black Ops III are multiplayer only

Seminal post-apocalyptic role playing franchise Fallout makes a next-generation debut with its fourth numbered instalment. Following on from Fallout 3 and spin-off New Vegas, Fallout 4 is set to continue the open world "Skyrim with guns" formula established by its predecessors, but with a distinctly retro-futuristic nuclear flavour and more than a few of its own hooks. This is definitely one to be excited for.

Legacy of the Void is the Protoss-centric conclusion to the long running StarCraft II trilogy. In addition to an all new campaign, Legacy of the Void features a heavily rebalanced multiplayer with a bigger focus on base expansion and micromanagement, and a new "two-headed" co-operative mode.

Rise of the Tomb Raider
Xbox One, Xbox 360
November 10

Star Wars Battlefront offers large-scale multiplayer firefights featuring up to 40 players between the two sides of the Force. While the game has co-operative missions that can be played offline, it is predominantly an online multiplayer title and does not feature a single player campaign.

I was personally a little underwhelmed by the beta, but there's plenty of little flourishes that are sure to make Star Wars fans squee. I mean, is taking down an AT-AT with a snowspeeder something that can ever got old?

The Old Hunters may just be a downloadable expansion, but it's the "game" I'm most excited about this month. Bloodborne is currently my game of the year, thanks to its incredibly tight, addictive, and rewarding distillation of the Dark Souls formula. It sunk its rusty, eldritch hooks into me like no other game this year, and needless to say, I can't wait for more.

If you don't already have Bloodborne, a special edition is scheduled to be released on November 25, including both the base game and The Old Hunters.