6 video games to look out for in May 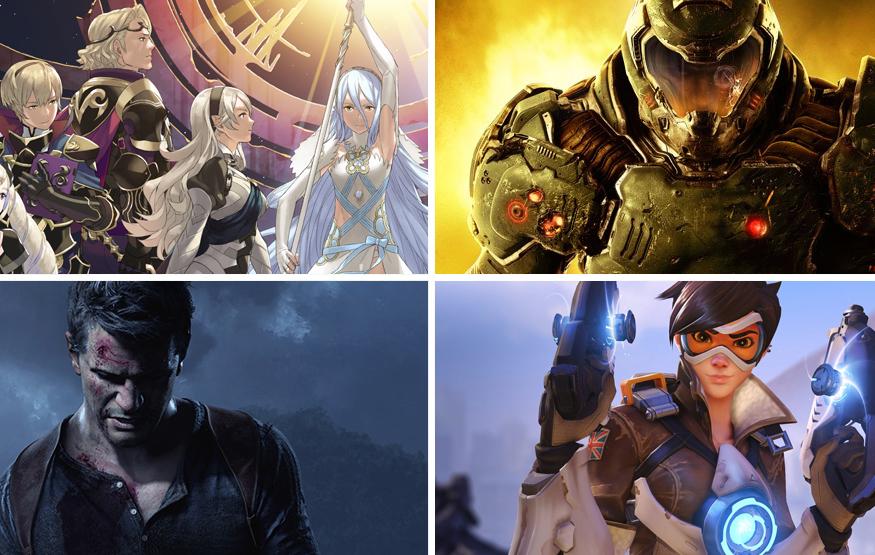 Whether you're a fan of action, adventure, or turn-based strategy, May is set to be a blockbuster month of video game releases with something for almost everyone!

Battleborn
Xbox One, PlayStation 4, Windows
May 3

Battleborn is the latest game from Gearbox, the developer best known for the Borderlands series. While the shooter has a similar cartoony art style, Battleborn has more in common with battle arena type games such as Dota 2 and League of Legends. Players will be able to pick from 25 characters, each with their own unique abilities. Battleborn may be a multiplayer focused title, but it nonetheless includes both a single player and co-operative campaign.

Stellaris is a real-time grand strategy game set 200 years in the future where players set out to conquer the galaxy. While the game builds on traditional 4X concepts (explore, expand, exploit and exterminate), it seems to break a number of genre conventions, which could result in slightly faster-paced gameplay. Like all grand strategy games, Stellaris looks like a complex, in-depth title. Such games can be very intimidating for beginners, but they often offer plenty of replayability.

Uncharted 4: A Thief's End
PlayStation 4
May 10

A Thief's End is pitched as the conclusion to developer Naughty Dog's long running Uncharted series. The game is once again a third person action adventure, but it's more than just a visual upgrade; Uncharted 4 looks like it will offer players bigger open areas to explore, and feature plenty of vehicles for players to hoon around in.

Doom
Xbox One, PlayStation 4, Windows
May 13

Doom (originally referred to as Doom 4) is a reboot of the original, a game held responsible for popularising the first person shooter genre. While the game is being handled by the same team as the critically acclaimed Wolfenstein reboot, early impressions of Doom have been mixed. Many gamers who participated in the title's open beta were concerned Doom was moving away from its traditional fast-paced roots in favour of a more Call of Duty like experience.

Fire Emblem Fates is the latest instalment in Nintendo's series of high fantasy turn based strategy games. The games are known for their emphasis on relationship building between squad members, and for occasionally unforgiving difficulty – when playing classic mode, any character that dies in combat is gone for good.

This time around, you'll be able to pick from two different games – Birthright and Conquest – but it's not quite a Pokémon type scenario where there's only a few differences between titles. Both games share the same core mechanics, a setting and some characters, but tell their own story, and have unique missions. If you're only able to nab one, Birthright is said to be the lighter and easier game, while Conquest is much harder and has a darker story. A special edition with both games is also available, that also includes a third title called Revelation that acts as an epilogue (but is also available as downloadable content for those who don't want the bundle).

Overwatch
Xbox One, PlayStation 4, Windows
May 24

Overwatch is Warcraft developer Blizzard's take on a class-based first person shooter. The multiplayer only, online game pits two teams of six up against one another in a choice of three different game modes. Blizzard describes the game as a shooter that's meant to be accessible to newcomers while still offering enough depth for longstanding genre fans.

Previous Post Optus’ data free music streaming is a good idea, until you think about it
Next Post CyberShack TV: April 30, 2016