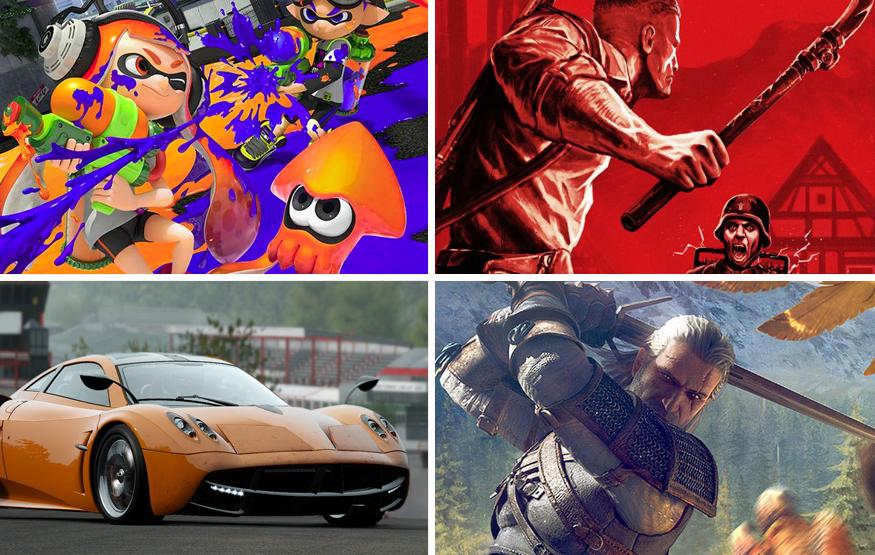 Here are five games you may want to purchase to purchase this month. I’m sorry – that was terrible, I’ll show myself out.

Wolfenstein: The Old Blood
PlayStation 4, Xbox One, Windows
May 5

The Old Blood is a standalone prequel to last year’s critically acclaimed Wolfenstein: The New Order. Gameplay looks to be very similar to The New Order, but that certainly isn’t a bad thing – The New Order was brilliant. The Old Blood will be available as a digital download on May 5, on store shelves on May 14.

Project CARS has the potential to be one of the most realistic driving simulators yet. Harnessing the increase in processing power that modern computers have brought, Project CARS aims to make the virtual driving experience more like-like than ever before. When coupled with amazing graphics, support for the Oculus Rift and racing wheel controllers, Project CARS could very well achieve that goal!

Code Name: S.T.E.A.M. is a new turn-based strategy from the makers of Fire Emblem and Advance Wars set in an alternate-reality, steampunk London. You take the role of Henry Fleming, a soldier part an elite force tasked to defend Earth from an alien invasion, which, by the way, was founded by Abraham Lincoln.

Code Name: S.T.E.A.M. launched in the U.S. earlier this year to mixed response, but a recent patch has addressed one of reviewers’ major concerns: long wait times. Personally, the developer’s pedigree and the kooky premise is enough to get me excited about Code Name S.T.E.A.M., but you might want to sit this one out – unless you’re a fan of the genre.

The Witcher 3: Wild Hunt
PlayStation 4, Xbox One, Windows
May 19

Wild Hunt is set to be this year’s open-world RPG epic, and despite being the third title in The Witcher series, promises to be accessible to veterans and new-comers alike. The biggest changes in The Witcher 3 are a refined combat system and a massive new world, allegedly 30 times larger than that found in The Witcher 2. All signs point to The Witcher 3 being a huge game, to the point where I’m worried where I’ll find the time to finish it!

Splatoon
Wii U
May 30

Splatoon is a family friendly third-person shooter developed in house by Nintendo. While the game features a single player campaign, Splatoon’s core attraction is team-based multiplayer (supporting up to eight players) where players are required to cover as much territory as they can with their own colour of ink. Nintendo’s multiplayer offerings have rarely disappointed, so I’m very much looking forward to trying Splatoon out.

Previous Post Tesla Powerwall is a home battery designed to take you off the grid
Next Post Hobart, Bendigo, Adelaide and Brisbane next in line for Telstra Wi-Fi hotspots