5 video games to look out for in January 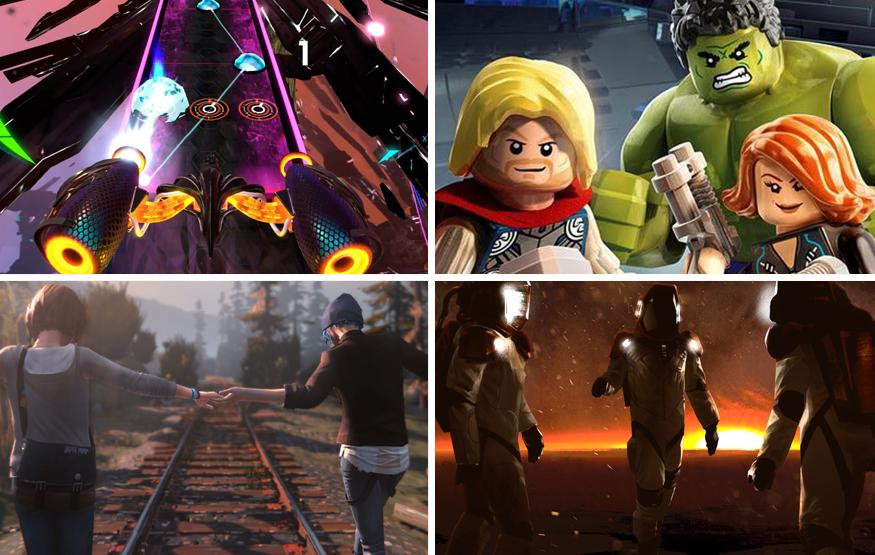 January is rarely a big month when it comes to gaming, but 2016 is starting with more than its fair share of interesting titles.

Amplitude is a reboot of a cult-classic rhythm game that sees players beat matching to mostly electronic music. While most music games only require you to handle one instrument, Amplitude's twist is that players need to juggle multiple musical elements at the same time.

Tharsis is a boardgame-like turn-based strategy game set during humanity's first manned mission to Mars. Of course, disaster soon strikes as your spaceship is struck by a meteor, and it's up to you to help your crew beat unfathomable odds and survive.

That Dragon, Cancer is an "art game" inspired by true story of the game's developers, Ryan and Amy Green, and their son, Joel, who was diagnosed with terminal cancer at 12 months old. The game takes place across 14 vignettes that designed to capture the highs and lows Ryan and Amy were faced with during Joel's life.

Life is Strange is a narrative focused adventure game that actually succeeds in making you feel for its characters. The game was released episodically over the course of 2015, but the limited edition bundles all five instalments together in a boxed copy.

Lego Avengers doesn't look like it's going to break the puzzle-based action adventure mould set by other Lego videogames, but it gives you the ability to play as over 200 characters plucked right out of the Marvel universe.

Previous Post Stan catching up to Netflix with launch of Xbox One streaming app
Next Post CES 2016: Lenovo is building an augmented reality smartphone due to launch mid-2016