5 video games to look out for in December 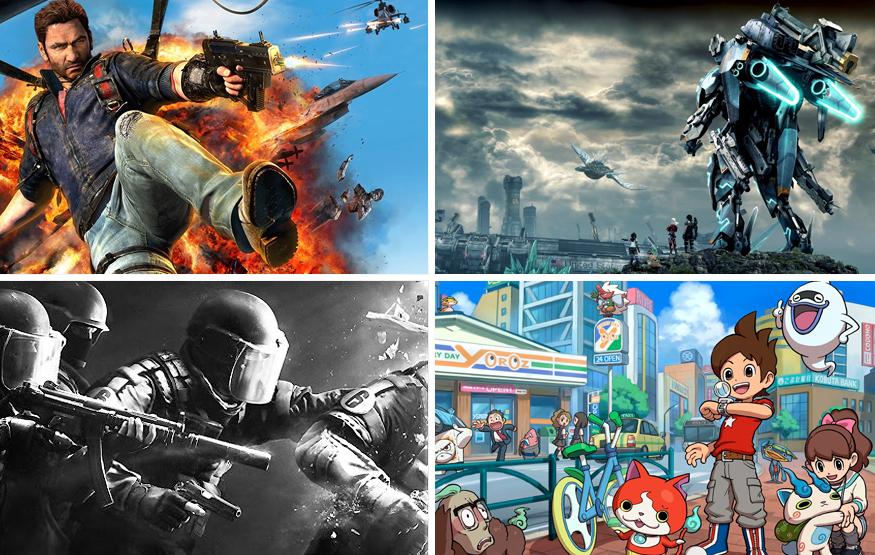 While 2015's all but over, there's still a few games worth keeping your eye out for before we get into the Christmas lull – provided you've already blasted your way through all that November had to offer. I certainly haven't!

Just Cause 3 is an open world action adventure with a large emphasis on explosions. The title's core gameplay involves hijacking helicopters, slinging enemy soldiers to jet liners, flying around in a wingsuit, and a hell of a lot of mayhem.

Despite the game's impressive scope, it might be worth holding off on this one briefly, as all three versions are currently said to be suffering from performance issues.

Rainbow Six: Siege is a multiplayer focused five-on-five shooter where two teams take turns attacking and defending across a series of maps. Notably, Siege enables players to destroy the vast majority of in-game structures, adding another layer of strategic depth when it comes to planning assaults.

Xenoblade Chronicles X is an another massive, open world RPG with a heavy focus on exploration. After escaping Earth, you find yourself crash-landing on a planet called Mira as one of the few remaining humans. It's a fight for survival type story, made better with giant robots.

Yo-Kai Watch is tipped to be the next Pokémon, having already taken Japan by storm. The 3DS title coming out this weekend is the first time a Yo-Kai Watch game will be available in Australia, and sees you befriending Yo-Kai, mysterious, mischievous spirits. While Pokémon features a turn-based battle system, Yo-Kai watch mixes it up with a few real-time elements. Are you up to the task of befriending them all?

Paper Jam sees the Mario & Luigi and Paper Mario universes collide in the latest Mushroom Kingdom role playing game. If past titles are anything to by, Paper Jam should be a charming, quirky adventure!