5 video games to look out for in August 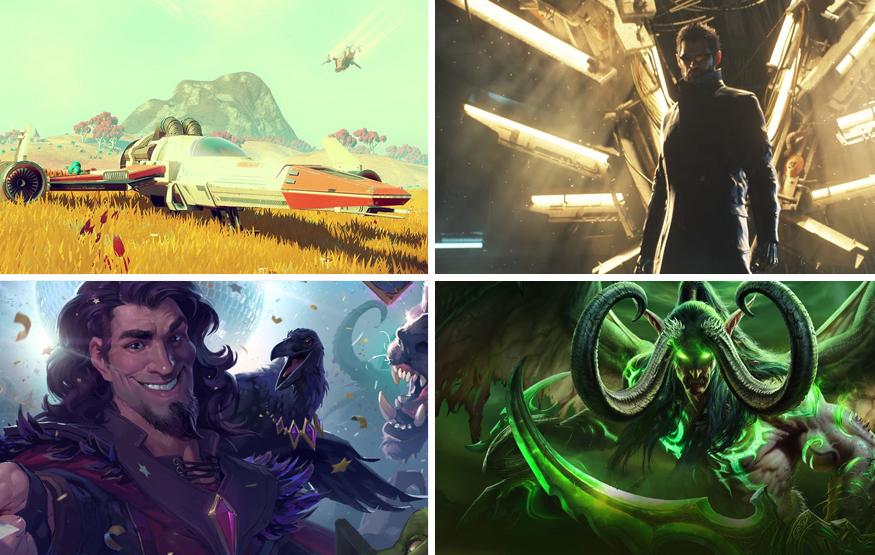 It might still be cold out, but 2016's gaming calendar is starting to heat up right on schedule. September and October are set to be chock full of blockbusters, but there's still plenty to be excited about in August. Here's what you should keep your eyes out for.

No Man's Sky is a highly anticipated procedurally generated sci-fi that allows players to explore an "infinite" universe said to house 18 quintillion possible planets. While players can choose to simply explore the wonders of the galaxy, the game's overarching goal appears to be to reach the centre. No Man's Sky might not end up being the best game of 2016, but it looks like it will easily be one of the most ambitious.

Bound is a highly stylised procedurally generated platformer where players take the role of a dancer trying to defeat a monster that's "ruining the world". Developer Plastic describes Bound as a "notgame"; the focus is on exploring a vivid world and progressing through the story. There's puzzles, but they won't make you pull your hair out. There's no user interface, there's no "set" tasks. At the very least, Bound looks like it will be a feast for the eyes.

Bound will be updated to support PlayStation VR when the headset launches later this year.

Deus Ex: Mankind Divided is the newest entry in the well-regarded cyberpunk action RPG series. This time around, Deus Ex is set in a world were mechanical augmented humans have become outcasts, to the point where they’re being separated from non-augmented ones. Once again, Mankind Divided is promising players a great deal of freedom in how they play the game, with multiple ways to complete each objective. For example, it is said to be possible to finish the game without killing a single enemy.

Legion is the latest expansion to grace the long running World of Warcraft. The expansion adds in new areas to expore, raises the level cap to 110, and introduces the Demon Hunter as a playable class.

Legion requires a subscription, the base World of Warcraft, and the Warlords of Draenor expansion.