5 games you probably missed in 2015’s first half 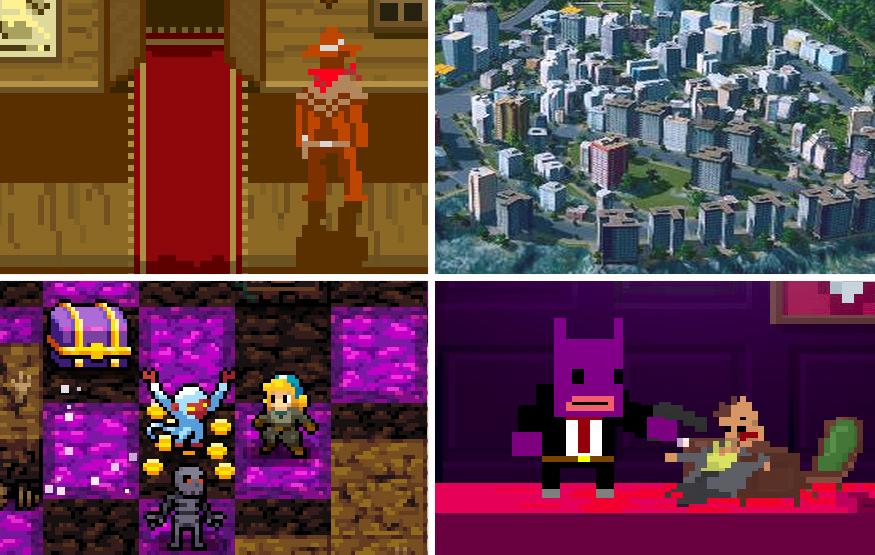 This July is a surprisingly slow month for gaming; there's almost no major releases. The closest thing to a "big release" is the PlayStation 4 remaster of God of War III. Worms World Party is also getting a remaster, but there's very little else on the horizon for the next 30 days. As such, rather than tell you what games you should be on the lookout for this month, we've decided to take a look at some of 2015's best sleeper hits so far.

Westerado is what Red Read Redemption would have been if was made for the Super Nintendo. Inspired by the spaghetti westerns of yore, Westerado takes the form of a decidedly retro-open world adventure where you're tasked with avenging your family's death. While the aesthetics may look dated, Westerado still manages to bring new ideas to the table (such as the ability to pull your gun out on anyone at ANY time) and is very much worth your time.

Crypt of the NecroDancer
Windows, OS X, SteamOS
Available on Steam for USD$14.99

Crypt of the NecroDancer marries together two unlikely genres – roguelike and rhythm game – into a stupidly addictive title. Players step into the shoes of Cadence,  a young girl who's heart has been cursed by the titular NecroDancer; as a result, she is only able to move to the beat of the game's background music. In fact, everything in Crypt of the NecroDancer happens to the beat, whether it's looking for treasure or fighting monsters in dungeons. Keeping in time will increase your multiplier and the amount of gold you earn, while breaking rhythm can leave you vulnerable to attack.

Not only is Crypt of the NecroDancer incredibly unique, it's a hell of a lot of fun.

Cities: Skylines is the game the new SimCity wishes it could be. If you want a city-builder with classic stylings, there's really no reason to look anywhere else.

Not A Hero
Windows
Available on Steam for USD$12.99

Not A Hero  could be 2015's weirdest game. You, an assassin hired by a time-travelling anthropomorphic rabbit who also happens to a politician, need to kill A LOT of people in his quest to become mayor. His election will, presumably, save the world from impending peril. The 2D cover based shooter is more than a little silly, but it's also outrageously fun. Not A Hero  will be coming to PlayStation 4 and PlayStation Vita later this year.

TouchTone
iOS
Available on the App Store for AUD$3.79

TouchTone is one of this year's most intriguing app-based videogames, a puzzler dealing the heavy theme of mass surveillance. The game's narrative is compelling, as is the puzzle-based gameplay that sees you connecting "phone-wires" to intercept conversations. TouchTone might not be for everyone, but it's sure to be a rewarding experience for those looking for a challenge.