2014 in review: Five of the year’s biggest stories 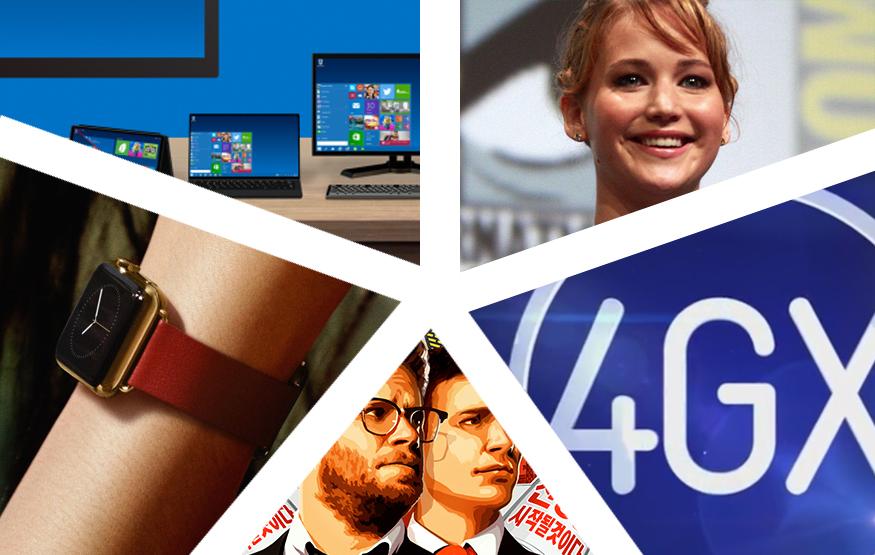 North Korea hacks Sony Pictures
If you've read the news at all lately, you'll have seen that North Korea allegedly hacked Sony Pictures, stealing terabytes of data and destroying computer systems. A group who call themselves the Guardians of Peace claimed responsibility for the hack, and within days, rumoured began to circulate that the attack may have been a response to the forthcoming theatrical release of The Interview, a Sony film about the fictitious assassination of Kim Jong Un.

Following the attack, four yet-to-be-released films were leaked online, along with over 47,000 social security numbers, executive salaries and confidential emails. It is speculated that the damage could be as much as nine figures.

On December 8, the Guardians of Peace confirmed the hacks were related to The Interview, publishing a a statement on a file-sharing site, demanding Sony "stop immediately showing the movie of terrorism which can break regional peace and cause the war!”

On December 16, the group posted a statement that was interpreted as a threat to attack cinemas playing The Interview, referencing the attacks on September 11.

Sony cancelled the film's release as a result of the threats, and US authorities have since concluded that the North Korean government was involved in the hack. While US President Barack Obama has not gone as far to call the attack on Sony an act of terrorism, he has described it as a very expensive example of cyber-vandalism that could land North Korea back on the terror list.

Michael Lynton, Sony Pictures' Chief Executive, has said that the studio has not caved to the hackers, and is looking for other options for The Interview's release, and there has been some speculation that the company may release the film for free.