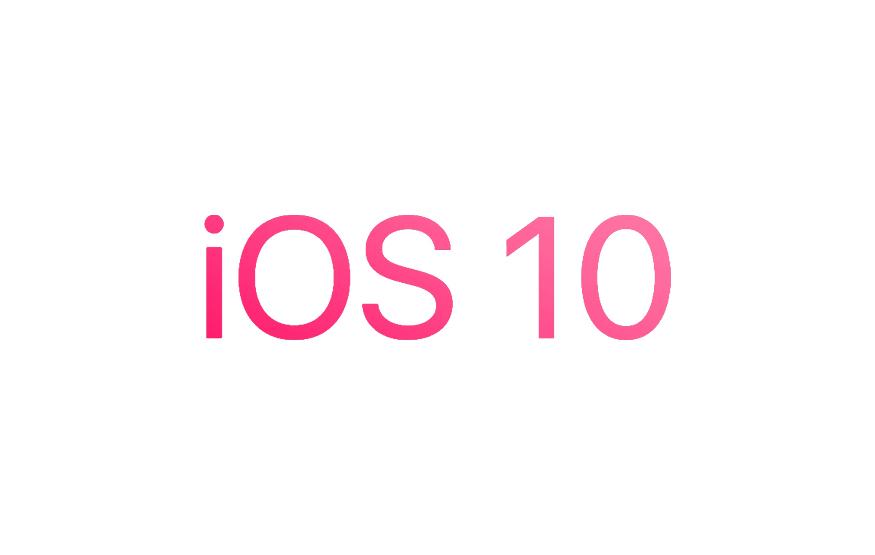 Apple is expected to unveil iOS 10 as part of its upcoming Worldwide Developer Conference (WWDC) opening keynote in June, ahead of a general release in September. While that's still a bit of wait, here are a few features we'd love to see in the next version of Apple's mobile operating system.

Siri integration with third party applications
More often than not, talking to your phone feels like a gimmick. Hands free access to Siri can be helpful when driving (setting directions, changing music) or when cooking (setting a timer), but I haven't found too many other occasions where I actively want to chat with my iPhone.

On the other hand, Amazon Echo has demonstrated that voice control can be much more than a gimmick, and has positioned its virtual assistant – Alexa – as the heart of the smart home. You can ask her to turn on your lights, order you a pizza, or even book you an Uber. Siri can turn on your lights (if you've got HomeKit enabled lights), but the other functionality is currently non-existent. Apple keeps Siri locked down, limiting her interactions with third party applications; at most, she's able to search third party apps for key phrases.

If Apple were to give developers direct access to Siri, voice control on iOS could become much more than a gimmick, and could make iOS devices a more than capable Amazon Echo competitor. Saying "Hey Siri, order me a pizza" would not only be novel, it could be a timesaver (provided you already your payment information saved in your phone). Querying apps like Tripview and Embark for transit information could also be useful – "Hey Siri, when is the next train to Central?". Siri integration would also simplify entering data in calorie counting apps – "Hey Siri, tell Fitbit I had a chicken burger for lunch". All in all, opening Siri to third party developers would result in oodles of interesting functionality.

Swipe to type in default keyboard
Swiping to type has become a favourite feature in keyboards across Android and Windows Mobile, but Apple is yet to jump on the bandwagon. While third party iOS keyboards such as Swype, Gboard and SwiftKey offer this functionality, it would be nice to have swipe to type without losing out on Apple's top notch predictive text capabilities.

The ability to set your own default apps
This one seems like a no-brainer; iOS users have been asking for the ability to replace the likes of Safari and Mail as default apps for almost as long as the App Store has been around. While I've got my doubts as to if Apple will ever let you swap Safari out for Chrome as iOS's default web browser, it's nice to dream.

The option to delete Apple's first party apps
The iPhone and iPad both come preloaded with a number of Apple's home-made apps. Some of these are great, but many go unused; I'm pretty sure I've never opened Compass, or Tips. Even if you're not using these apps, you can't delete them. As such, many of us end up making a "Rejects" folder for these apps we don't use, but can't delete.

It would be great to see Apple give users a bit more freedom, and allow us to delete or hide core apps we don't use. Thankfully, it looks like this is a feature that Apple will actually add. New iTunes app metadata has a new line of code that suggests certain first party apps will be hideable.

An Apple Music revamp
When it comes to streaming services, Apple Music has a bit going for it. It its current state, the Apple Music app itself isn't one of these things. The Apple Music app seems to trade in Apple's pursuit of simplicity for a cluttered user interface with a few too many hidden features. There’s good news though: if you believe the rumours, a complete overhaul of Apple Music is said to be on the cards for WWDC.

A Customisable Command Centre
iOS's slide-up Command Centre offers quick access to settings like Do Not Disturb and Orientation Lock, but there's also more than a few questionable inclusions. I've never used the Command Centre to open the calculator app or to set alarm, so why not let me change those shortcuts to something I'll find a little more useful?

Manual camera options
Apple's camera app works well enough, but it pales in comparison to the latest work from the likes of LG and Samsung. Apple doesn't have a problem with picture quality, but you're limited when it comes to the photos you can take; you’ve got no manual settings other than focus and exposure.

The vast majority of Android flagships are now giving users manual control over the camera, allowing you to choose your own shutter speed, exposure, ISO, and white balance. While some people just want to point and shoot, granular manual controls are a heaven send when dealing with low light situations, and give you room to be a lot more creative with your smartphone photography – especially if you've got a tripod mount for your iPhone.

Once again, there are third party iOS that already offer this functionality, but it would be great to get it out of the box.

A first party HomeKit app
Apple's HomeKit framework allows compatible smart home appliances to talk to one another, but Apple has yet to create a central app for managing these devices. While you can grab a third party app to do this, a home-made HomeKit controller could only be a positive move toward carving out a piece of the smart home pie.

Multiuser Support
Apple is pitching the iPad (especially the iPad Pro) as a post-PC device, but for now, it wants everyone to have their own iPad. If you want to a share an iPad, you're sharing everything on it.

If Apple truly wants the iPad to replace the PC, multiuser support would be a good start. In iOS 9.3, it already implemented this functionality for education customers, allowing multiple students to have their (password protected) personal data on one iPad. Hopefully iOS 10 brings this functionality to regular customers too.

While this functionality is less important on iPhone (phones are typically very personal devices), a guest mode could be useful for odd occasions too. Don't want your kid to accidentally delete your work emails when they're playing Angry Birds? Don't want your friend to browse your photos when they borrow your phone to make a phone call? Plonk your iPhone into guest mode and happy days!

A "Dark Mode"
iOS 9.3's night shift is a great feature for those using their iOS devices late at night, but I'd love to see Apple take this one step further with a "dark mode" that inverts iOS’ predominantly white user interface.

iBooks already offers a "night theme" where your white background becomes black, and black text becomes white. While it comes down to personal preference, many find reading white-on-black easier on the eyes.

A Dark Mode could easily be toggled via a button in iOS' Command Centre. Alternatively, users who want to swap between the two colour schemes could schedule set on and off times.