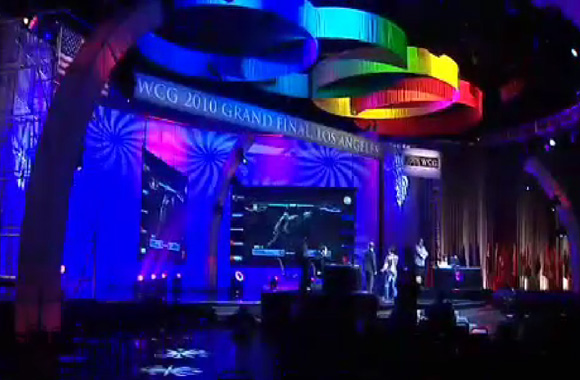 Billed as the Olympics of e-sports, the World Cyber Games has been held since the year 2000, growing each year in competition and recognition. This year’s finals were held at the Los Angeles Convention Centre from September 30 to October 3rd.

450 players from 58 countries battled for more than $250 000 in cash and prizes, watched by 32,000 spectators at the Center, with reportedly millions watching online.

The set up itself is a gamer’s fantasy on steroids. Rows and rows of linked monitors, powerful servers and souped up drives, the very latest and best gaming accessories, and in between competition, demonstrations of every major game and technology going around.

This year’s games for the Grand Final included Fifa 10, and Counter Strike on PC, and Guitar Hero and Forza Motorsport on Xbox 360, amongst others. This year Korea was dominant taking a total of 3 gold, 2 silver and 3 bronze, followed by Brazil, the United Kingdom and Germany.

Australia finished a credible 5th spot thanks to a gold medal to Charlie Elliott in Asphalt 5, and a bronze to a team of guys (including yours truly) who came third in Quake Wars.