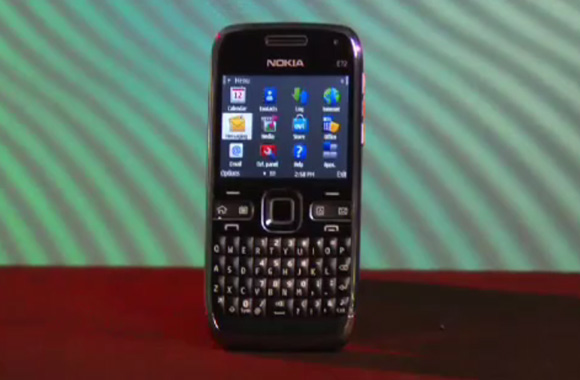 Slightly bigger than its numerical predecessor, the E71, the E72 is a phone that has a tonne of storage space, wi-fi, bluetooth and an array of other useful features.

Slightly bigger than its numerical predecessor, the E71, the E72 is a phone that has a tonne of storage space, wi-fi, bluetooth and an array of other useful features.

Key to this device is its messaging functions. Users can set up a series of email accounts – both business and personal – and they’ll run simultaneously. Then there is the chat feature so you can use Nokia’s Ovi Chat or third party applications such as MSN or Google Talk.

One of the features is the speed at which you can scroll through the different screens, reducing those annoying lag times. Not to mention the extended battery life which will only require a recharge every 2 to 3 days.

Then there is the N97 mini, which is a more compact version of the N97, with its touch screen and slide out Qwerty keyboard it makes emailing and SMSing a breeze.

As well as housing a 5-megapixel camera it also comes with 8 GB of internal storage, which is expandable by way of a microSD card.
For navigation, its interface has five panels of widgets, which makes moving around your favourite applications simple, using the kinetic scrolling in most of the menus.

Last but not least the Nokia N97 mini and E72 comes loaded with Ovi Maps with free drive and walk navigation, together with a car accessory pack so you won’t have to worry about getting lost around town, The N97 mini touchscreen is proving to be up there with the best smartphones on the market, even when in a multi-tasking phase.