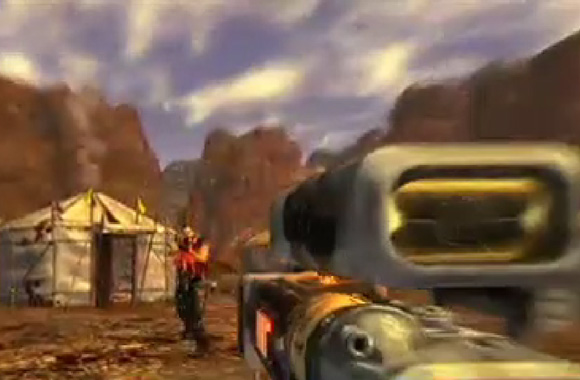 Fallout: New Vegas
The game really stood out for the choices you could make as a player – what your character said and the decisions you made early on would affect the entire game. Another element was the story, backed by top-notch voice acting that really brought you into the Fallout universe. New Vegas brings you more of the same, with new weapons, characters, stories, the same exciting gunplay, and of course, the location – not even a nuclear fallout can turn the lights off the strip of Sin City. You can explore the vast desert regions, you can cruise the strip, all as imagined in the Fallout universe.

The plot is incredibly varying and the characters are colourful. A war is brewing between rival factions; the choices you make will bring you into contact with allies and foes, and an endless array of oddballs, and the decisions you make based on these encounters will help determine the final outcome of the epic power struggle you’ve landed in the middle of. Will you go it alone on the Mojave Desert Wasteland, including the Hoover Dam, or will you team up with a faction? Will you attack and go hard, or will you wander, try and make friends, and stay alive? You could be the King of New Vegas, but you’d want to be feeling veerrrry lucky.

Medal of Honour
Medal of Honor's gameplay is realistic and is set in war-torn Afghanistan. In the game, you search for and eliminate Taliban strongholds. Medal of Honor also delves into some of the bureaucratic issues of getting orders from command, just like the frustration real soldiers experience. From stealth to choppers to All terrain vehicles, the choice of transport and weapons has been based completely on the ongoing conflict.

There’s singleplayer and multiplayer modes. For multiplayer, there are 8 maps and 4 different game modes, giving you a choice of assault or objective based missions. When choosing your player, you can be a Sniper, a Rifleman, or the ever popular Special Ops.