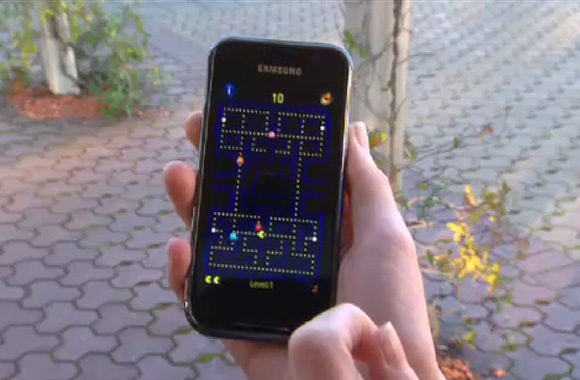 The Galaxy S is a touchscreen Android 2.1 device , with a 5 megapixel camera that also shoots HD video.

It has a Super Amoled display; comes with a Layar reality browser, based on the augmented reality app that shows you points of interest even though you actually can’t see them; and has Swype texting, which is a touchscreen innovation that connects the letters of your words in messages without having to lift your finger – instead, you just swipe your finger across the letters and it writes the words.

Fujifilm's Finepix REAL 3D W3 is a camera with two seperate lenses and image sensors that will literally bring a new dimension to your photography.

The camera uses a technique called stereoscopic imaging, simultaneously taking two slightly different images to give the illusion of depth. Although this camera is brand new, this method was actually invented in 1838.

Another feature is it can take high definition 3D movies – just plug the camera straight into your 3D TV to watch.