Life on Mars (on Earth) 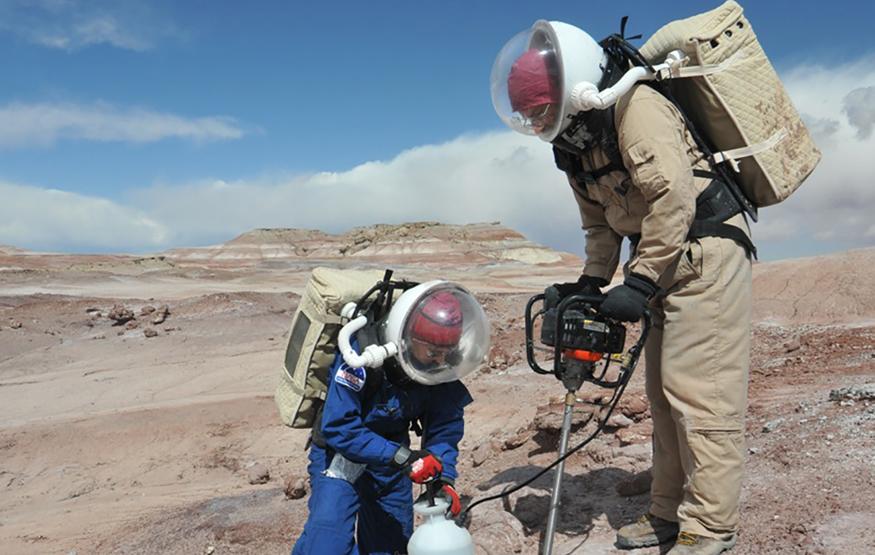 Even though the first manned Mars mission might still be a while off, Dr Clarke thinks science fiction video games, books and movies – such as the upcoming Doom reboot, The Martian, and Star Trek – are critical in fostering interest in space exploration.

"People like Robert Goddard, like Carl Sagan, were inspired by stories (such as Edgar Rice Burroughs'John Carter) as adolescents to dream about going to Mars. That's what Goddard did, he started building rockets in his backyard, and built the first liquid rocket propelled rocket, anticipating a lot of the rockets that first got us in the moon. Carl Sagan, of course, ended up as an astronomer and a scientist."

"More recent people, people building the Mars rover now, were excited by Star Trek in the sixties. And the people who go to Mars, they may be the teenagers who play Doom or watch The Martian today. Through that, they're inspired to say, 'yes, that's something I want to be involved in'."

"There's a wonderful saying about imagination, it comes from thousands of years ago from a Roman guy called Plutarch. It goes 'the mind is not a vessel to filled, but a fire to ignited'. This is why all this creative talk is in someone ways more important in getting people to catch the vision of going to Mars than the mere facts. It stimulates people's minds, it lights people's fires, it gets the passions going that will take us there."

"When we look at Mars, we can see it's a place that's a little bit like here."