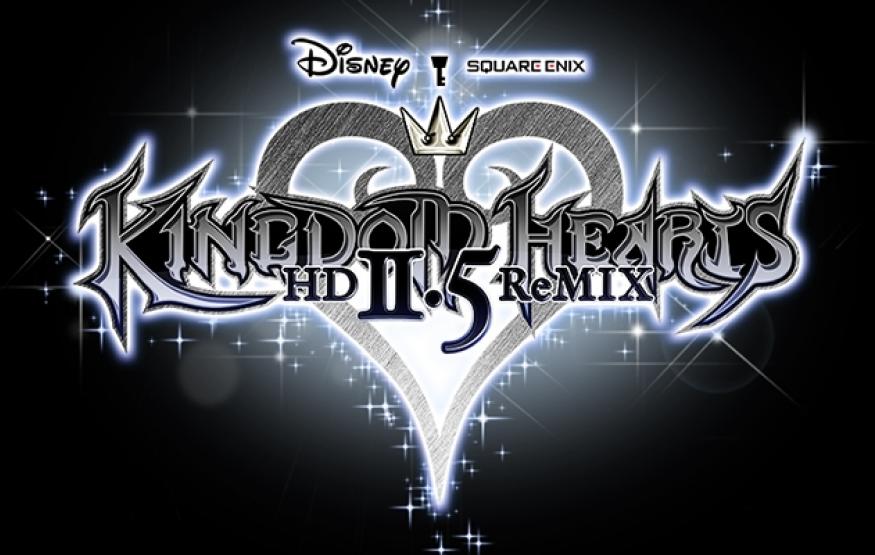 Kingdom Hearts HD 2.5 ReMIX is the latest instalment of high definition remakes of the Kingdom Hearts titles from the PlayStation 2 era. Following on from Kingdom Hearts HD1.5 ReMIX, this new compilation contains a remastered versions of Kingdom Hearts II Final Mix, Kingdom Hearts: Birth By Sleep and Kingdom Hearts Re:Coded. While this might sound like three-games-in-one, it’s only two in reality; ReCoded, the Nintendo DS title in this compilation is essentially just a movie. That said, the other two titles aren’t quite lengthy, so you won't be disappointed, whether you're already a Kingdom hearts fan, or a newcomer to the series. Note that this review is more of a look at enhancements made in the compilation, rather than the original games themselves

For those unfamiliar with the series, Kingdom Hearts is Square Enix’s slightly bizarre mash-up of Final Fantasy characters and the Disney universe. The gameplay is your fairly standard third-person action adventure fare, but with a reasonable serving of RPG elements. But as with all Square titles, Kingdom Hearts is perhaps best known for its excellent story-telling.

Kingdom Hearts II Final Mix
Starting with the first (and arguably most exciting) title in the compilation, Kingdom Hearts II Final Mix takes the classic PlayStation 2 game and enhances the overall visual and audio experience. The game is the technically the third in the series by release date (not chronologically in the game) and follows the story of Sora, Donald and Goofy as they encounter the mysterious Organisation XIII. Although there is a game, Chains of Memory, set between Kingdom Hearts and Kingdom Hearts II, neither it nor the first Kingdom Hearts are necessary to enjoy the sequel. Some story points can get a little confusing, that that’s what Wikipedia is for.

Previous Post The rest of the year in gaming: December
Next Post Watch your kid lead out the Australian Cricket Team thanks to LG