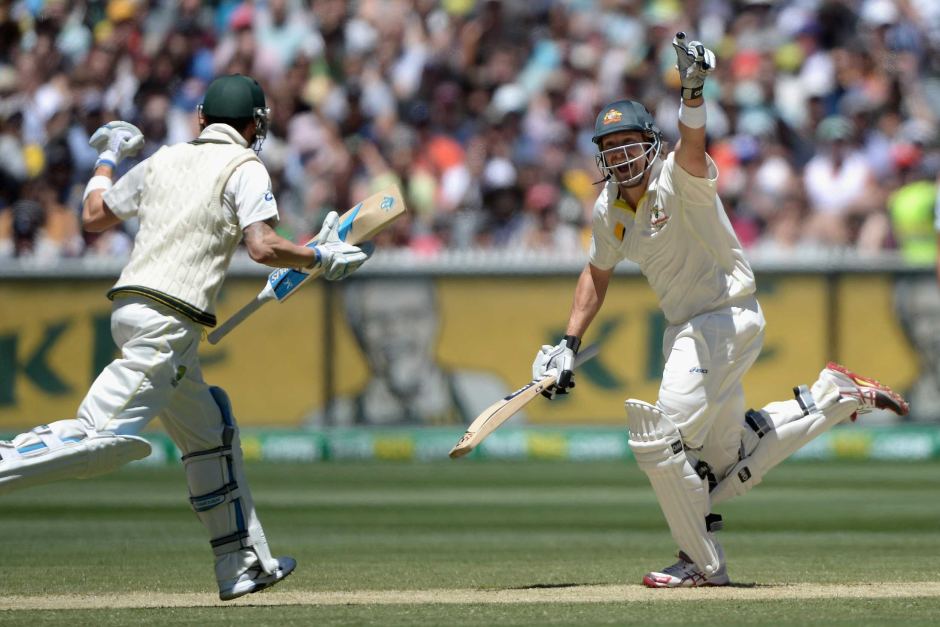 Following a 5-0 Ashes white wash, a one day series rout and the Big Bash League Final between the Perth Scorchers and the Hobart Hurricanes only hours away, the Australian Cricket Season is drawing to a close.

But what about Cricket Australia’s other endeavours to boost spectator numbers and engagement?

Podcast and Story by Eryk Bagshaw

Following a 5-0 Ashes white wash, a one day series rout and the Big Bash League Final between the Perth Scorchers and the Hobart Hurricanes only hours away, the Australian Cricket Season is drawing to a close.

But what about Cricket Australia’s other endeavours to boost spectator numbers and engagement?

Earlier this season Cricket Australia launched the Cricket Live App, changing the experience of the game for many Cricket lovers.

This summer was the first in which fans had to pay data streaming fees and subscription costs in order to watch the Cricket on their mobile devices. Previously, Cricket Australia maintained an arrangement with mobile broadcasting partner Vodafone to deliver the Cricket via Vodafone’s Cricket App.

Whilst this was a bonus for Vodafone customers, it also meant that those spectators with other carriers had to miss out.

The app was also not without its critics, sparking a total redesign by Cricket Australia and its broadcast partner, Channel 9.

Now all Cricket fans can access both the highlight based free incarnation of the app and the subscription ‘live streaming’ service for $5 a day or $20 for the whole season.

Ben Amarfio, Cricket Australia’s General Manager of Media & Communications said that, “this is a completely new product, there’s nothing of the old app in terms of architectural or structural design.”

The redesign has so far worked out well for Cricket Australia with 700,000 downloads in 3 months rapidly catching the 1.3 million downloads for the 3 years of the Vodafone app’s existence.

With this kind of take up by multi-media audience, you’d expect some cross-platform cannibalisation eating into TV viewer numbers.

According to Amarfio this didn’t occur,  “It’s come at a time when our TV ratings (avg. 1.75 million per day) and crowds have never been higher… the natural thought would be that one would cannibalise the other, but we haven't seen that.”

The take-up of the services was undoubtedly aided by the high profile nature of the recent Ashes series, which Amarfio acknowledges, “the emotional ties in the Ashes has obviously peaked, which was gratifying for us after a 3-0 loss in England, to have those sorts of engagement levels is terrific.”

Nonetheless, the new App also attracted its share of criticism online with bloggers and forums attacking it for crashing and being unable to load content in 3G zones.

Amarfio maintains that improvements will continue to be made, “our teams been working hard, we’ve launched updates every 2 weeks and sometimes every week, we’ll continue to do updates during the off season, we’ve got some time to sit back now and try and get to the bottom of the issues that were having.”

A lot of the criticism came from Australian’s overseas, who were hoping to finally be able to catch the Cricket where TV broadcast was limited.

Unfortunately, due to broadcast rights with Pay TV partners overseas this created a frustrating experience for some users whose feed would crash under geo-blocking restrictions.

Amarfio said that this is “the big question we need to ask ourselves, what do we need to do going forward? In Australia we have decided that we want to keep digital going, we need to now think about what we do internationally as well, whether we go down a similar path or not.’

The dilemma for Cricket Australia in this regard is that the international pay TV partners are more protective of their digital rights.

“Our international TV partners, they jealously guard their rights, because they want to protect their audiences” said Amarfio, “we’ve seen here that there hasn’t been any cannibalisation, but were talking about free to air TV, I would suggest that they’d be far more sensitive to not wanting to give up their digital rights.”

For those ex-pats overseas it may still be a while yet before there’s an opportunity for legal streaming access to Australia’s international and domestic matches. Fortunately, as they have this season those in that situation will have access to both Fairfax and the ABC’s radio calls.

Meanwhile, Cricket Australia’s website is also getting a revamp. “We’ll completely start again with cricket.com.au, we’ll look at best practice in the market both here and globally and hopefully we will have a vastly improved online offering, particularly with the match day feature”

Regardless of the medium, it looks as though technology and cricket have a solid future on which to build. As audiences increasingly consume their media in non-traditional ways, Cricket Australia would do well to maintain the strength of their digital platforms.