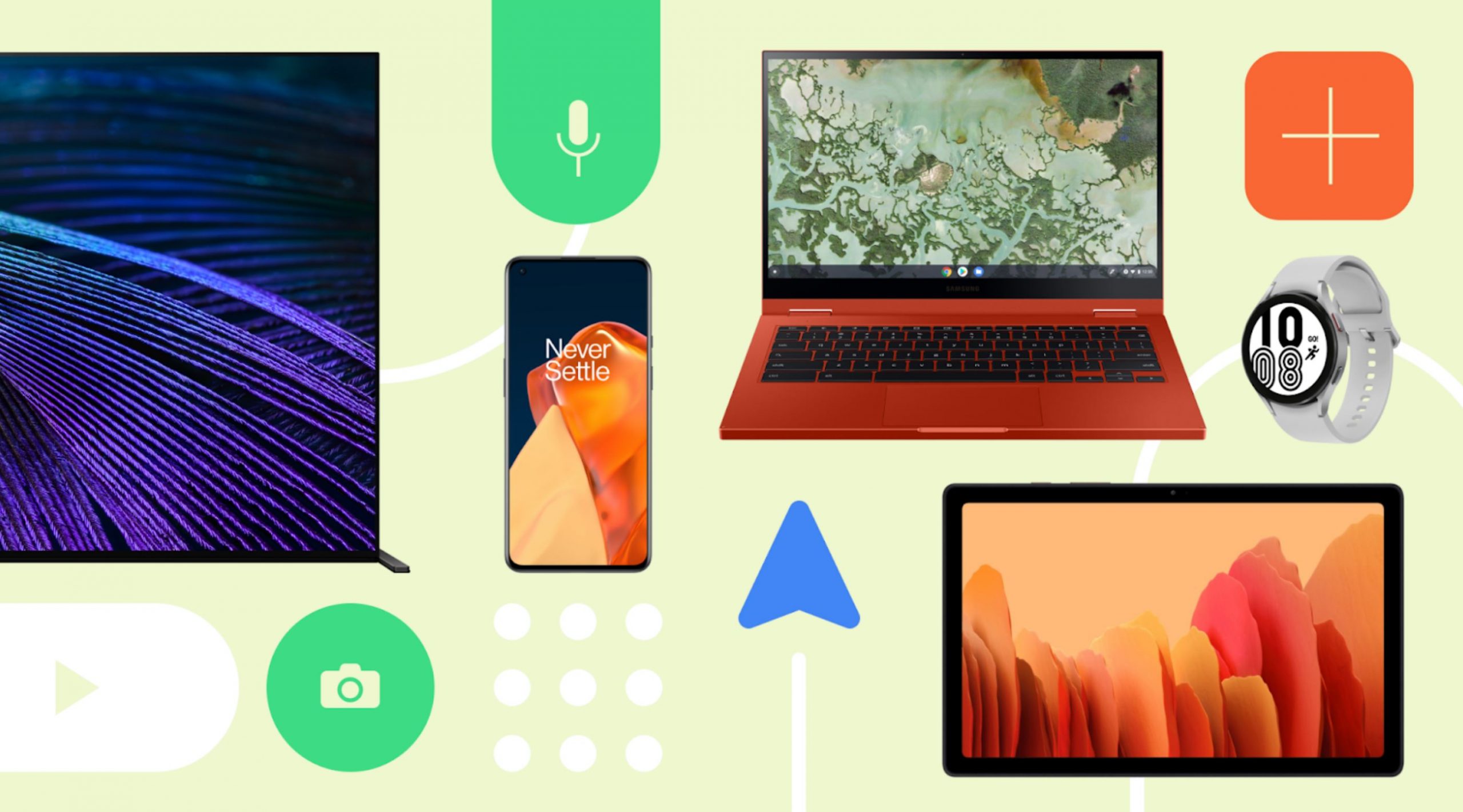 Google CES 2022 want to remind everybody that Android is everywhere. It wants to make it easier to use with the widest range of devices. In fact, the average US household now has 25 smart devices, and Australia is not far behind.

Perhaps the most epoch-making announcement is that Google will support Matter (read about IoT Matter support). Matter is an organisation of hundreds of companies creating, maintaining, and delivering open, global standards for the Internet of Things (IoT). In essence, it should allow smart devices to talk to each other as long as they are Matter certified.

Google Home was a forerunner of Matter in that it enabled different brands and devices to be part of Google Home. Now any Matter enabled device will work with Google Assistant or Siri etc.

With tens of thousands of brands/devices to pair to an Android device, Fast Pair allows seamless and quick pairing and setup eliminating manual pairing and app setup. For example, ear/headphones, smart devices and more. Fast Pair is coming to Chromebook too.

Soon you can unlock other Android devices like smartphones, wearables and even Chromebooks. If your device has an Ultra-wide-band chip, it can unlock compatible cars, homes and more.

Fast Pair your Android phone to your Windows PC to set up Bluetooth accessories, sync text messages and share files with Nearby Share – working with Acer, HP and Intel. Android and Windows are moving closer together, especially with the move to Windows on ARM devices.

Cybershack take – Google at CES 2022 makes a lot of sense

This is all very important stuff for Android users – now close to 75% of the world’s phones (25% iOS). Google Android has become the open ecosystem (compared to the iOS walled garden approach), meaning every Smart Device will come to Android first.

The link between Windows and Android becomes even more critical as Windows has about 90% of the ‘full-fat desktop/laptop’ market, and Android is the ideal companion device to remotely access Windows apps and features – a win-win.

Despite any bad press on payment to local media for news aggregation, Google remains a trusted keeper of the mobile OS ecosystem, just as Microsoft is the trusted keeper of the PC ecosystem. Google’s business model facilitates tailored ad-serving, and to that end, it is a closed-loop. It does not sell your data nor consider its users as its property.

You would be surprised at the extent of Google’s altruistic involvement in Australia.

Previous Post DELL CES 2022 – the role of the PC is for work, play and everything
Next Post NETGEAR CES 2022 – Blazingly fast Wi-Fi 6E and pro gaming tools